Written by Don on Thursday, 10 July 2014. Posted in Primasonics Blog

Have you ever heard of the Carbon Cycle? Well in my case it started in my academic and business life in my late teens and has continued to this present day. Let me explain. My academic career started in the Department of Organic Chemistry, Queens University, Belfast, Northern Ireland and I just loved it. I had a fabulous boss, a real lady, Dr Barbara Auret and my main job was in making rare organic chemicals to be used by PHD students in their work.

For those not familiar with the wonders of organic chemistry, the range of chemicals studied in organic chemistry include hydrocarbons, compounds containing only carbon and hydrogen, as well as myriad compositions based always on carbon, but also containing other elements, especially - oxygen, nitrogen, sulphur, halogens, phosphorus etc. The backbone of organic compounds is carbon-hydrogen bond known as the Benzene Ring.

And so basically all organic compounds derive from this structure.  Take vinegar for example which is really acetic acid it has the following structure.

Having long since moved on from being an organic analytical chemist, how come I am still 'connected' with this carbon-hydrogen bond as head of Primasonics International and our range of Acoustic Cleaners and Sonic Soot Blowers? Well our Acoustic Cleaners and Sonic Soot blowers provide the most efficient and cost effective means of preventing the build-up of soot, ash and particulate from Boilers, Superheaters, Economisers, Air Heaters, Filters, ESPs and SCRs within Power Generation plants and indeed any other industrial plant such as Silos, Fans etc.

Previously the standard method used to try and remove ash build up was by using steam soot blowers. However these were generally only employed one per eight hour shift by which time the ash surrounding the steam tubes had baked on hard. Our system prevents the ash from covering the tube in the first place and of course unlike steam soot blowers they do not cause corrosion or erosion problems.

So there you have it, now Primasonics International are leaders in preventing carbon-hydrogen compounds from building up within power generation plants and thus increasing boiler efficiency, a long way down the line from my early days in making these organic compounds! 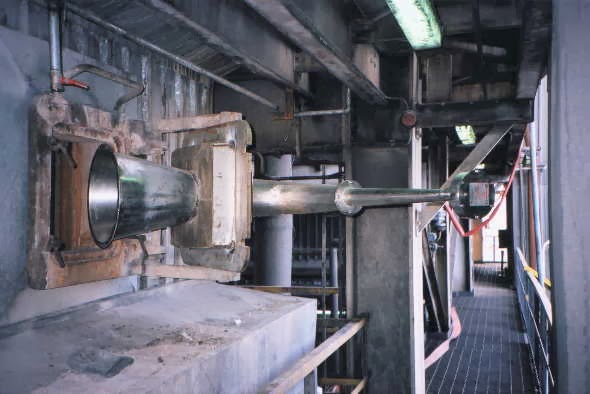 I am a truly innovative and affable Irishman who has over 35 years experience in a wide range of dry process and storage industries with particular disciplines in project engineering and consultancy.

Faced with a range of material flow and storage problems throughout my career my ambition was to find an affordable innovative and simple solution to prevent material blockages and build up and improve material flow within a wide range of dry process & storage industries.

This email address is being protected from spambots. You need JavaScript enabled to view it.